Skip to content
Menu
Home | Chile | chile-background | All You Need to Know About Chile: Government, Economy, Culture, and More

All You Need to Know About Chile: Government, Economy, Culture, and More 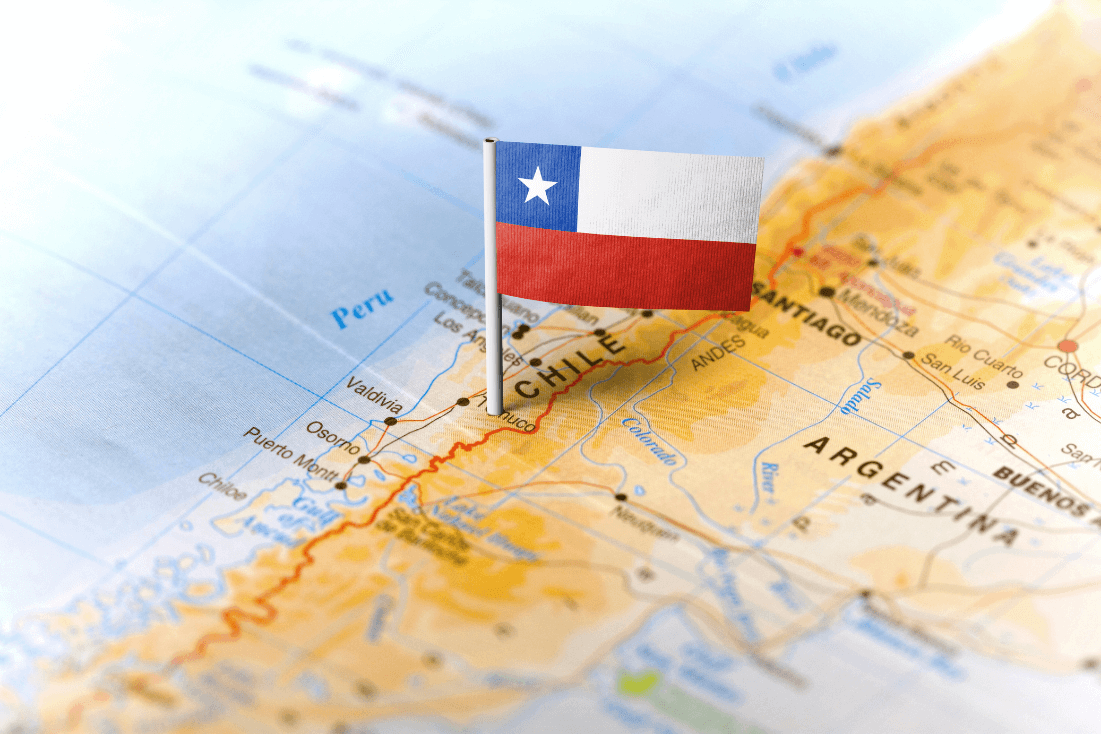 Chile doesn’t get the attention it deserves! At least, that’s what I think. It’s an incredibly diverse country which is (at least in Europe) wrongly perceived as some kind of a third-world country. And that’s far from reality. To change the perspective regarding Chile and to give you some background knowledge of Chile to flex with when you’re in there (or at an intellectual gathering you surely attend regularly) I wrote down the useful info about Chile geography, history, economics and threw in some culture facts. Read in and thank me later.

Coming down to geography features, Chile is as unique as you can get. It’s basically a long thread stretching across half of South America, surrounded by the Pacific Ocean on one side and the Andes on the other. What can tell you more than numbers? Here are a few intriguing facts:

If you’re deeply interested in that matter, reach out for this scientific article on the Chilean climate for further information. To give you an idea of what Chile has in store for you, I will now go through the geographical areas in particular.

The red and pink color on the map above represents the area of the Atacama Desert in the north of Chile. I bet you didn’t know that it’s actually the driest non-polar place on Earth. Yep, it receives less than 1 mm precipitation a year! I’ve been there and agree with that.

Besides that, it’s also very rich on earthquakes. There are multiple earthquakes that happen here every day. The reason being, Chile lies in the Ring of Fire—a belt of Pacific Ocean rim, where most of the volcanic eruptions take place. Today, for example, there were 49 earthquakes in the country! And that’s nothing unusual.

Unfortunately, in the last decades, Atacama also struggled with modern global problems. It has become a dump for European discarded clothes. There are tons of fashion leftovers covering the dunes further from the tourist places. For better visualization, here’s a brief report from German Deutsche Welle News.

On a happier note, there are some stunning settings in Atacama. Among the tourists’ favorites belong Valle de la Luna (Moon Valley), the highest located geysers in the world, and the salt flats. Sounds interesting? Read also my travel guide to San Pedro de Atacama top highlights.

Central Chile is the area in between the desert in the north and Lakes District in the south to put it simply. It’s a Mediterranean climate covered by the yellow-ish colors on the map. Its central point is Santiago de Chile with the majestic peaks of the Andes towering on the east side and picturesque towns and vineyards along the Pacific coast on the west. I covered the best of Santiago and its surroundings in one of my earlier articles.

Tip: We’ve already filtered out the best Santiago hotels for you, so it’s easy to just click and book!

The Chilean Lakes District (sometimes referred to as Lake District) is a stretch of dense forests, volcanos, and myriads of lakes in the northern part of Chilean Patagonia. It’s represented by the light green in the map, and geographically correct term for this area is Zona Sur, but as a tourist, you wouldn’t get far with that name. There are plenty of National Parks with 205 endemic plants, 19 of them only to be found in this area. The most famous is Araucaria araucana tree or Chile’s national flower Lapageria rosea. From the animal kingdom, the endemic celebrity of this region is the Chilean rose tarantula (Araña Pollito), the most common tarantula species in pet stores.

Tip: For further information read my article on the best places to visit in Lakes District. You’ll find some great hotel recommendations in there too, like Hotel Antumalal in Pucón.

Southern Patagonia has a mostly cool oceanic climate and tundra with freezing, super strong wind, mountains, glaciers and penguins, marked by dark green and grey parts on the map. On the border of Chile and Argentina stretches the impressive Southern Patagonian Ice Field—one of the largest non-polar glaciers on Earth. It spans over 13 000 sq km, but as a tourist, it’s hard to catch a glimpse of its endlessness. In fact, the part of it you can see around the Glacier Gray is only the melting rim.

Further south, things get rough, and the wind gets stronger. The southernmost point of Chile is formed by archipelagoes and fjords an the most famous Magellan Strait. Tierra del Fuego, as the Magellan called the region, has an average temperature during summer around 8 °C (46.5 °F) and you can almost see the Antarctica from the shores. However, Chile splits shares that with Argentina, which holds the title of the southernmost city in the world with Ushuaia.

According to archaeological sites, the first people arrived in this territory around 12 000 BC.

The recent history is still very sensitive as many of the Chileans remember the coup and the military regime, horrific for some and promising for others. I wouldn’t dare to comment on that and on the current political problems in Chile as I’m not educated enough in that area.

However, if you’re interested in that part of Chilean history, I recommend the film trilogy of Chilean director Patricio Guzmán: Nostalgia for the Light (2010), The Pearl Button (2015), and The Cordillera of Dreams (2019).

Today, Chile is one of the richest and most peaceful countries in the Americas with thriving tourism (book your hotel in Chile here). And that’s a topic for another chapter.

The Republic of Chile was inaugurated in 1825 and except for the Pinochet military dictatorship from 1973 to 1990, Chile was a democratic state.

The current president Sebastian Piñera lost the last election in December 2021, and he is to be succeeded by the youngest voted president of Chile, Gabriel Boric on March 11, 2022. Fun fact, Boric is a former student leader and activist in the recent extensive protests. Now, that is a bit complicated, let me explain.

Estallido social (literally translated as social outburst) was the largest political protest since the dictatorship era that took place from 2019 to 2021. It started with the mild protest in the capital against the increase in the tariffs of the Santiago transport system. The trouble was the citizens were already unhappy about the costs of living, corruption, inequality and called for a new constitution. So, you know how it goes. It started in Santiago and spread all over the country in the bigger cities.

Unfortunately, Piñera is and old school politic and honestly, he didn’t choose the best option to communicate with the rioters. The military forces using rubber pellets and raping the protesters naturally didn’t go unnoticed. According to the National Institute of Human Rights (INDH), there were 36 dead, thousands injured and arrested. And the international response, including the Amnesty International and solidarity protests in New Zealand followed.

After that, the current government was forced to lead the dialogue with the protesters. And there was the leftist member of the Chamber of Deputies, Gabriel Boric. Many people later criticized him for this step, however, the government eventually decided to launch the referendum for a new Constitution and several ministers and other government members were forced to resign. If you are interested in the cause and the aftermath of the protests, go deeper with a BBC article explaining the whole story from the beginning.

Chile is doing far better than many Europeans or Americans think. In fact, based on GDP per capita, it’s the most prosperous country in South America. Most of the GDP growth is due to the export of copper, minerals, wood, fruit, seafood, and wine. Thanks to the perfect conditions of wine agriculture, Chile made it to the top 10 wine producers in the world (7th largest). Chilean wine excels in quality, while at the same time it’s being produced in massive amounts, which means Chile is able to sell top-quality wine at a lesser price to the world market.

In a matter of economic freedom, Chile actually ranks second in the Americas. Higher than the U.S. even, with Canada leading the chart (according to heritage.org). Chile also has a generally low index of corruption. It was ranked Latin America’s least corrupt country in Transparency International’s 2020 Corruption Perceptions Index. The unemployment percentage is also very low. With 7.2 % (2022), it’s lower than that of Canada for example.

I know that charts and numbers are boring for most people, so here are some quick facts:

Chile has a population of almost 18 million people, with 1/3 of the population living in Santiago (roughly 6 million). That’s a blast, right? Well, considering its geography, there’s no wonder. Most Chileans are mestizos with a mixture of European and native roots. However, only about 5 % of the population is represented by the native tribes.

The largest ethnic group forms the Mapuche tribe sometimes called Araucanian (the name of the central region), followed by Aymara in the northern Andes, Atacameños inhabiting Salar de Atacama, Yagán in the southernmost parts around Magallanes region and Tierra del Fuego and Rapanui in Easter Island.

During the second half of the 19th century, the colonization of the Lakes District was officially encouraged by the government, resulting in strong German and Swiss cultural trace. That’s why you can come across a German catholic church in Puerto Varas.

Religion plays a big part in the everyday life in Chile. Over 72 % of people identify as Christians with a slight prevail of Roman Catholics over Protestants. That’s understandable considering the Spanish colonization. However, there are significant minorities of Judaism, Islam, Hinduism, and Buddhism too.

For me as a Czech (that basically equals atheist), it’s unusual to see that many people visit a church and celebrate the Christian festivities. However, I’m used to that from Spain and Italy. What really surprised me though, was that there are over half a million Mormons in Chile. I guess, Chile always has something up its sleeve.

Tip: Book some of the best hotels in Chile and visit the country for yourself!

There are tons of interesting things about Chile I don’t have the space to write about. So, I decided to wrap the most useful cultural facts you might actually need when visiting Chile in here: 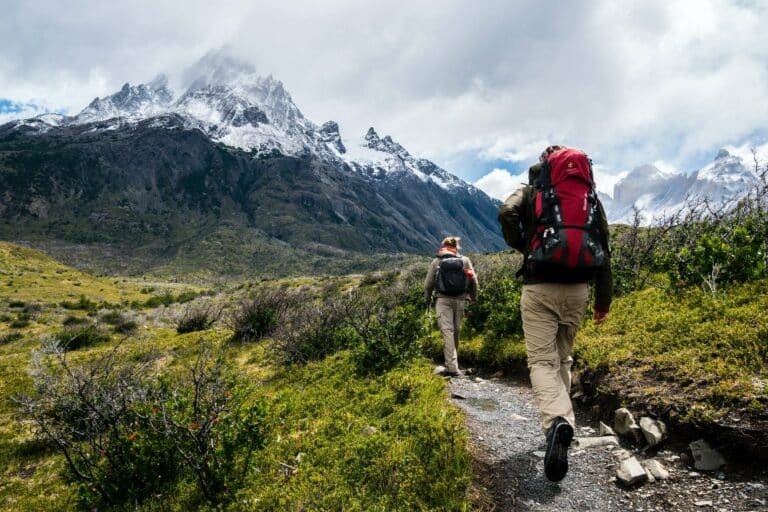 Chile is a Promised Land of all hikers. There are fairytale glens, challenging mountain peaks, crystal-clear lagoons, and many other marvels of nature to appreciate. 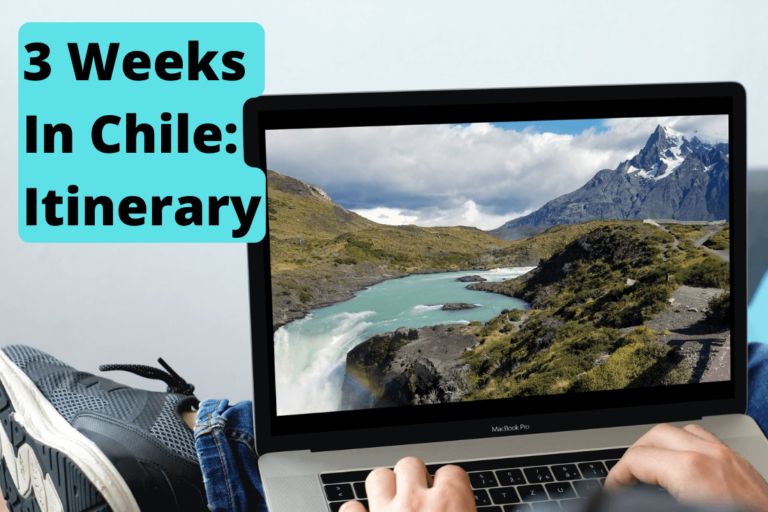 Ready to set off the most incredible journey across Chile? You better be! There is plenty to discover and we are here to help you 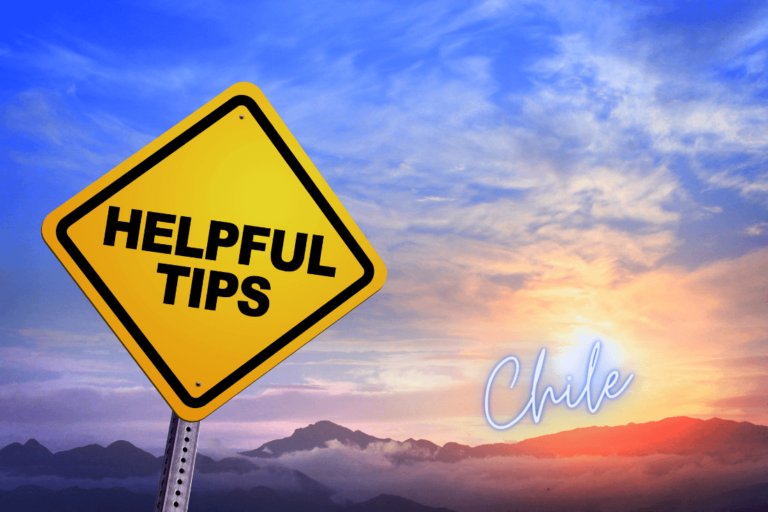 All You Need to Know About Traveling to Chile: 15 Tips and Tricks

Chile is an amazing destination full of stunning places and thrilling experiences. I would come back in a heartbeat. There are some things I had

The Best of Chile in 2 Weeks: Travel Itinerary

Chile is one of the longest countries in the world and it might as well be the narrowest. Why am I telling you? Because that