A Complete Guide to Visit Teotihuacan (with Photos and Prices)

Mind-boggling pyramids, hair-raising proves of human sacrifice, and your eyes out on stalks. That’s what you’ll experience in Teotihuacan, the largest city in Western Hemisphere in its epoch. Who built it, how much is the admission, and what structures you shouldn’t miss? Find out in our complete guide to Teotihuacan, the city of the gods.

Teotihuacan, the place where the gods were created

Teotihuacan was named “the place where the gods were created” by the Aztecs, and its name literally means “The City of the Gods” in the Nahuatl language. And the city of the gods it truly is. Located 50 kilometers (30 miles) from modern-day Mexico City, Teotihuacan was 20 square kilometers (8 square miles) large, and its 100,000 inhabitants lived in more than 2,200 something-like-ancient-apartments.

It made Teotihuacan the largest city in Mesoamerica and the 6th largest city in the world. In terms of population, three Parises would fit in, and its power was equal to the power of Rome or Constantinople.

Teotihuacan civilization: Who built the city?

You must be asking: Who were these fearless warriors and genius mathematicians working like pit ponies to build the enormous Teotihuacan? Well, that’s a bazillion-dollar question. Let me know if you know the answer—because by far, nobody does. And neither did the Aztecs, when they discovered the city, already in ruins, centuries after its collapse.

There are a few theories:

But never mind. Let’s peek behind the mysterious curtain of Teotihuacan’s history—or at least the part we know.

Teotihuacan was built by hand in the 1st century AD, and archeological findings prove that the architectural structure of the city was mapped in detail before its construction. That means whoever built Teotihuacan must have been good at mathematics.

Between the 1st and the 4th century, most of the today-known structures of Teotihuacan were completed: the Pyramid of the Sun and Moon, the Avenue of the Dead, and more. Then, between the years 350 and 650 AD, Teotihuacan experienced its golden age. Its political and economical influence had no ceiling, and many buildings were reconstructed—Teotihuacan’s civilization added artistic details and statues, and funeral masks from obsidian are preserved from this period.

The collapse of Teotihuacan city

Some time between 650 and 750 AD, a disaster of epic proportions happened, and the city turned from the biggest superpower in Mesoamerica to almost abandoned. We don’t know what caused the fall of Teotihuacan—theories include a rebellion or a fire.

Archeologists still hope to discover some clues leading them to the ancient civilization. Now and then, they make a discovery—for example, liquid mercury, found in one of the tunnels under the city some 20 years ago. But so far, the mystery of Teotihuacan remains unsolved.

The city now: What you need to know before you visit Teotihuacan

Top 7 things to do in Teotihuacan

You didn’t travel as far as Teotihuacan just to stand still and stare at the ruins. Here are the 7 best things to do in Teotihuacan:

1. Climb the pyramids of Teotihuacan

New York has its Statue of Liberty, Paris has its Eiffel Tower, and Teotihuacan has its Pyramid of the Sun. It’s 71 meters (233 feet) high and 223 meters or (733 feet) wide in its base. In other words: It’s enormous. Its location is carefully calculated with regard to astrology—the building probably served as the center of the city.

The interior hasn’t been completely excavated till today. A system of caves and tunnels was found underneath the pyramid, hiding pools of liquid mercury and other treasures (necklaces of human teeth, for example). Archeologists suggest the tunnels could lead to a royal tomb, but their true meaning remains a secret.

The Pyramid of the Moon rises 43 meters (141 feet) above the ground, and consists of seven levels—the first of them is the oldest building in Teotihuacan. Historians believe the pyramid was associated with rain and fertility. And, more interestingly, with human sacrifice.

Actually, public ritual sacrifice was the main function of the Pyramid of the Moon. Decapitated people with hands bound behind their backs were found in the tombs. Some of them wore expensive jewelry, which might indicate high-ranked people were killed as well as the poor. See? Money isn’t everything.

2. Walk the Avenue of the Dead

The Avenue of the Dead is the main street in Teotihuacan, lined with palaces. It runs for more than 1.5 kilometers (0.9 miles) and connects most of the important structures in Teotihuacan. Apartment-like compounds are symmetrically constructed on both sides of the avenue.

3. Explore the Temple of the Feathered Serpent (La Ciudadela)

La Ciudadela is devoted to Kukulcán, the feathered serpent. (Kukulcán was pretty popular with the ancient cultures of Mexico—for example, the Maya used the deity to manipulate people in Chichén Itzá.) Its stone walls are ornately decorated, and still bear signs of their former red color in some places. The temple is lined with mass graves filled with skeletons of those who were sacrificed.

You can book a hot air balloon flight over the ancient ruins for a little over 2,000 Mexican pesos (100 US dollars). Maybe you’ll find a cheaper flight—the prices change rapidly so consult uncle Google before you buy something. Companies offering the experience are for example:

Teotihuacan plus Tequila equals an experience you’ll never forget. (Or maybe you will if you drink too much.) To make you feel more intellectual, a guided tour of Teotihuacan and an obsidian workshop precede the mezcal-tasting session. You can book it here, for 42 US dollars per adult.

Did you know that Tequila is called mezcal all over Mexico? Find out more in the article about Mexican food and beverages.

Museo de la Cultura Teotihuacana, displaying artifacts from the city, puts all pieces of the Teotihuacan puzzle together. It’s located in the complex, next to the Pyramid of the Sun, and the admission is already included in the tickets to the archeological site.

7. Stroll in the sculpture garden

Sculpture garden Jardín Escultórico is placed next to the museum and lets you discover the ancient art of Teotihuacan’s civilization. Sculptures are gradually added to the garden, as archeologists discover more and more pieces.

Teotihuacan is just a stone’s throw from Mexico City, the capital of Mexico. Read my guide full of useful tips and tricks, including the best Mexico City attractions and must-do activities. Or, dive into some of the other recommended articles. 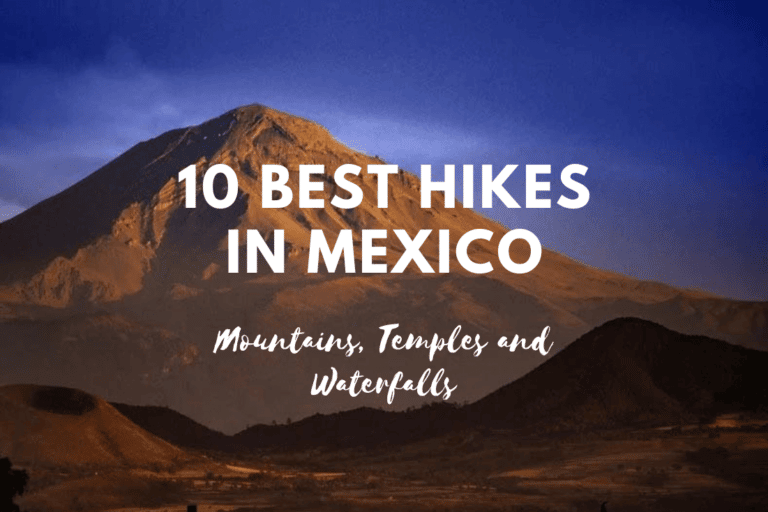