7 Things to Know Before Traveling to South Africa 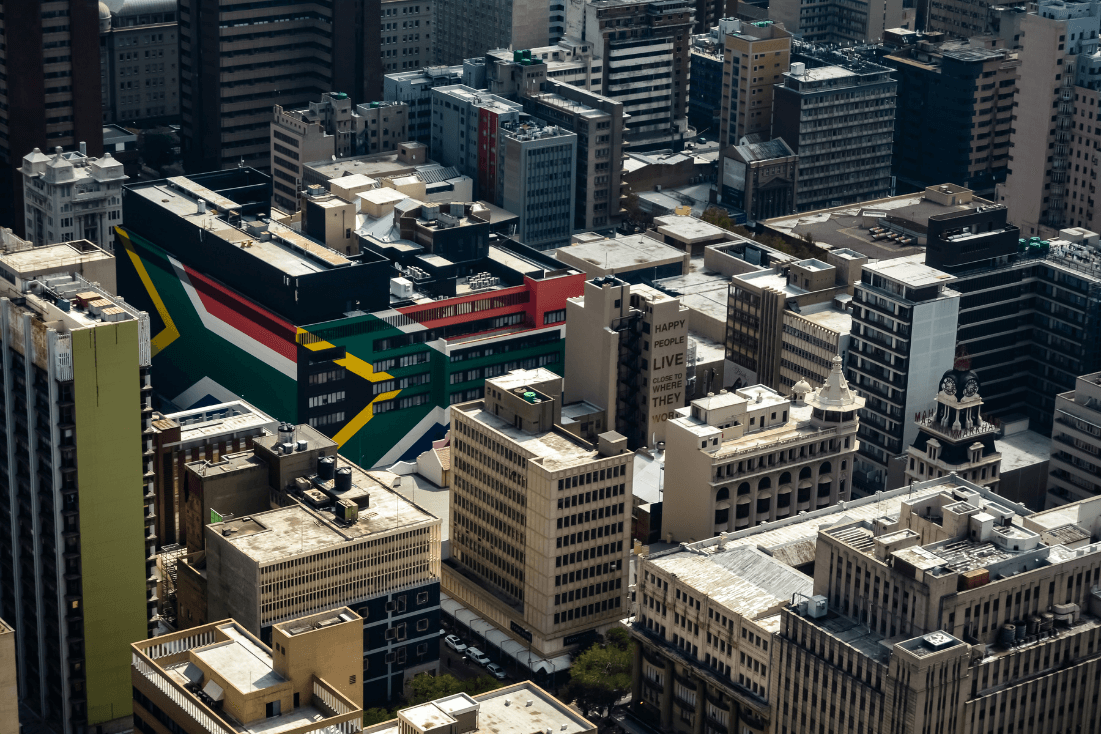 South Africa is a diverse and beautiful country and I recommend visiting it to everyone. Still, it may surprise you. What to do and what is better to avoid? And is it really so dangerous? We are Jan and Karin, and these are 7 things to know before traveling to South Africa.

While it can be a bit pricey to travel to South Africa, once you step out the airport, it’s super budget-friendly. Everything from hotels and restaurants to services and souvenirs is very cheap in comparison to western countries. In South Africa, you pay with South African Rand (ZAR), and at the time we’re writing this article (September 2021), the exchange rate is like this:

If you never stay in five-star hotels, this is your time. You can manage to find a room there for approximately 50–120 EUR (60–140 USD) per night. During our stay, we were accommodated at Winchester Mansions Hotel in Cape Town and at La Cabriere Country House in Franschhoek. Both hotels were marvelous and totally top-class, including the breakfasts. On top of that, La Cabriere was probably one of the most beautiful hotels I’ve stayed at in my whole life… and just to be clear, I travel a lot (otherwise, I wouldn’t even be wiriting this).

Tip: Concerning the food, which is like number one priority for me, my personal tip is Le Petit Manoir restaurant. It’s situated in the romantic town of Franschhoek and you’ll get served a 3 course menu with wine at a Michelin level only for 25 EUR (30 USD) per person. I don’t know about you, but I call that a deal. Just look at these gastronomic marvels:

2. Prepare for a bit of a culture shock

South Africa is magnificent, once you get used to it. Prepare yourself that you might be surprised on several occasions about how things work there. For example, racism is still an open topic, like everywhere in the world. But there I would say it’s more visible. It strikes me as something they are born with. Like something, they’re not even aware of.

For example, I was shocked when I realized that in almost every restaurant, the customers are white and the staff are people of color. The Afrikaaners also talk about the Black members of community in a condescending way without even realising it. As a European, I was astonished by that.

Story time: How I became a racist by mistake

Even I got myself into an embarrassing situation once. On my travels, I grew fond of using English phrases and proverbs. Lately I’ve been using the phrase “monkey see, monkey do” quite a lot. When we (Karin and I) were on the Table Mountain, taking pictures where nobody did, a small girl, about ten years old, spotted us and immediately came to the same spot.

A perfect occasion for saying “monkey see, monkey do”, right? Well, not if the girl is Black and understands English perfectly. I almost made her cry, and only then I realized how racist that could sound. I had totally zero intention to offend her, but in South Africa, you just have to think twice carefully about what you are saying.

The social scissors are wide open there, too. On one side, there are really poor people, who will offer their services for a ridiculous price; on the other hand, there are very wealthy people with big estates and loads of money.

Long story short, the political and social situation is kind of a sore subject. Take Nelson Mandela, the Nobel Prize winner. To these days, he is a hero for some, but a communist and a terrorist to others in South Africa. My friendly advice is, it’s in your best interest not to comment on that or get in the discussion on politics or social affairs in any way. Just enjoy your vacation, man, and leave your opinions at the hotel room.

Talking about culture. South Africa is actually a melting pot of various cultures and nationalities, thanks to its colonization past. There are Christian, Hindu and Muslim believers. Tribes of Zulu, Xhosa, Pedi, Tswana, Ndebele, Khoisan and of course, Afrikaner. Enjoy that colorful mosaic. You can see it in one of the countless museums and cultural villages, taste it in restaurants of miscellaneous cuisines or just feel it on the streets and in bars.

If you finished elementary school, you probably know South Africa is in the southern hemisphere. And you know what that means—a perfect winter getaway. The average temperature during their summer (December to February) ranges from the minimum of 15 °C (59 °F) to the maximum of 28 °C (82 °F). In winter (June to August), the average day temperatures are 19 °C to 23 °C (66 °F to 73 °F), it can get chilly at night though, so be sure to pack a jacket with you.

The ideal time to visit South Africa depends on what you are planning for your stay. The best time to go to safari is from June to August. The prices are lower and you have a good chance to see all the Big Five (elephant, african buffalo, lion, leopard, and rhino) as they are gathering around the water reservoirs due to the dry season.

For bigger cities, spring and fall (that’s basically the same months as in Europe, just switched) is the best time. Not only is the weather cooler, but the indigenous flowers bloom as well, and in fall (April and May), the vineyards shine with a palette of warm colors.

South Africa is bigger than you may think. It’s almost twice the size of Texas. Therefore, renting a car represents the best option. It’s safer, faster, and certainly more comfortable than public transport. And it’s super cheap, too. Besides, the infrastructure in South Africa is comparable to western countries, if not better in some cases. And the drivers there are very polite and disciplined, so don’t expect a wild traffic jungle. Just remember, they drive on the left side and the speed limits are 120 km/h on highways (74.5 mph); 100 km/h (62 mph) on secondary roads; 60 km/h (37 mph) in urban areas.

Tip: Pay for a car guard on the street. For you it’s just a loose change, but for them it might be a whole week’s pay.

6. The Cape of Good Hope is not the southernmost point

Yep, they have all lied to you. The Cape of Good Hope is not the southernmost point in Africa. Although it’s probably what they taught you in school, modern geographic knowledge states that the real southernmost point lies about 150 kilometers (90 miles) to the south-east. The place is called Cape Agulhas and if you stand there on a beach, you can actually put one foot in the Indian Ocean and the other in the Atlantic Ocean. And that’s a pretty awesome experience. And there’s also the Agulhas National Park to explore, after you’re done with perfect cape shots on Instagram.

7. Last but not least: Be safe

South Africa is the country with one of the highest murder and rape rates. However, there is no reason to be disturbed as a tourist. Both of us, me and Karin, felt safe all the time. There are policemen on the streets and the tourist safety is a main concern for the government, as tourism provides a lot of money for South Africa. If you don’t act stupid, you’ll be alright. Of course, walking the remote streets at night is not advisable, but to be honest, nor is it anywhere else in the world. If you find yourself in danger anyway, call 10111 or 112. 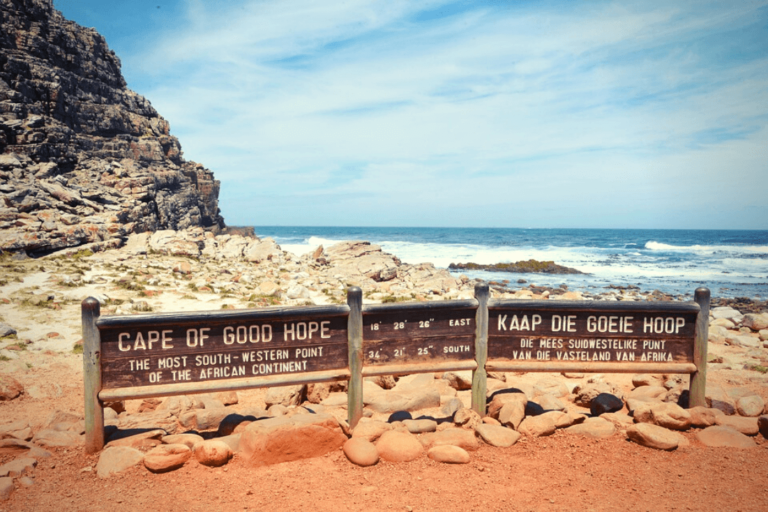 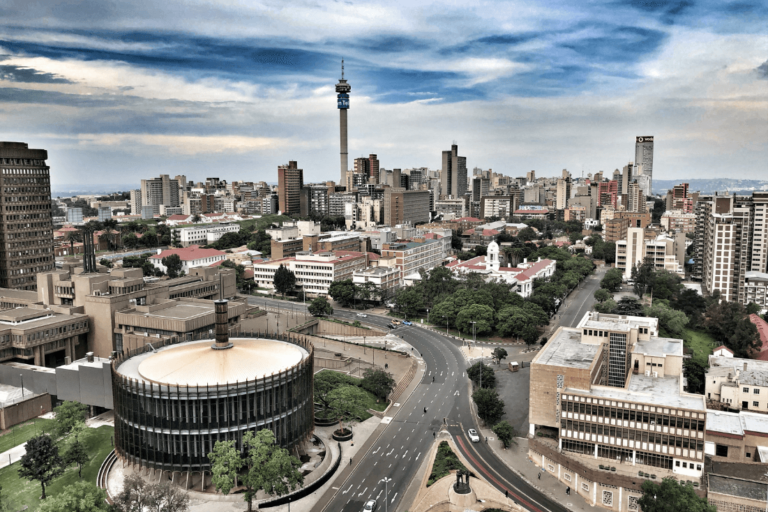 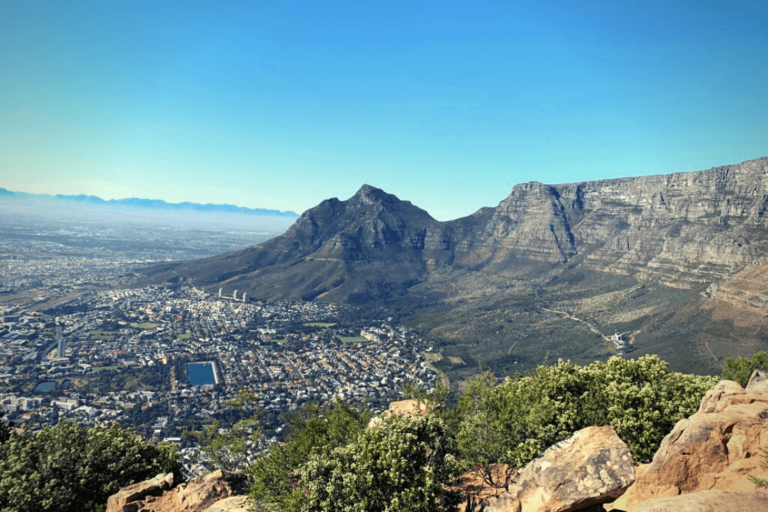