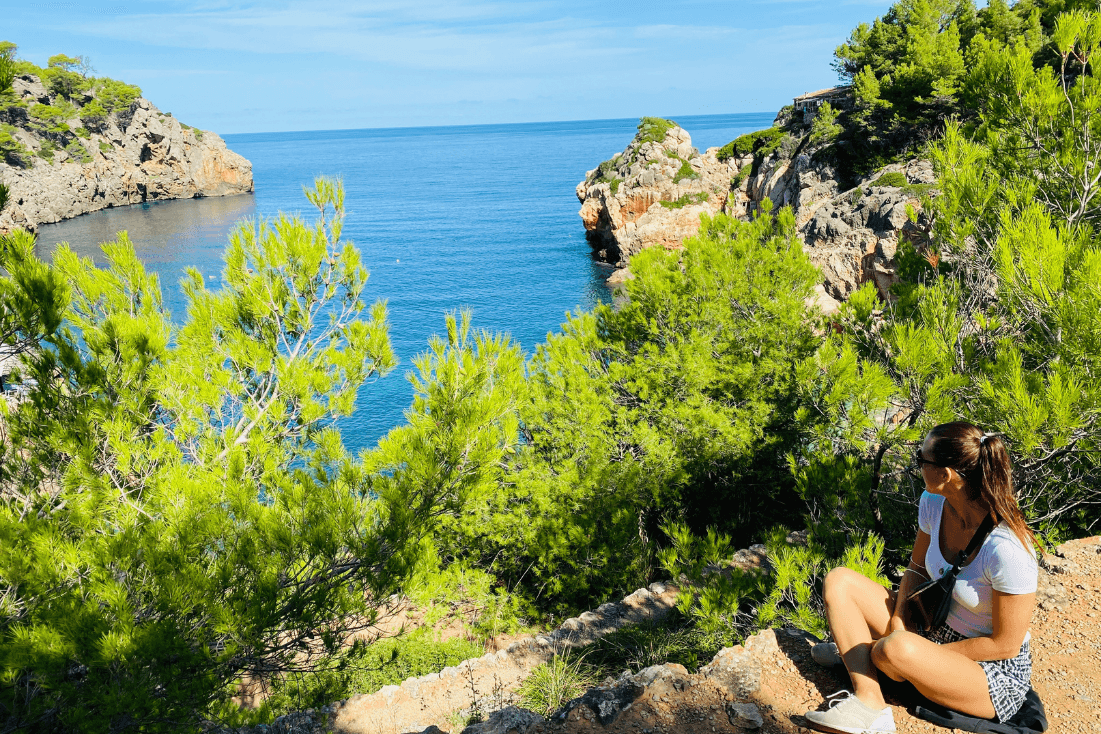 Mallorca is arguably one of the favorite tourist destinations. The rich history, marvelous beaches and UNESCO mountains are definitely worth visiting. We are Jan and Karin, and this is the introduction to Mallorca: history, geography, cuisine and traditions.

The history of Mallorca dates deep into the Iron Age as shown at the archeological sites of Ses Païsses or Artá. Phoenicians used Mallorca as a trading post. There are also historical references to Mallorcan honderos (stone slingers) fighting for the Carthaginians in Punic wars. These tribes were then called Balearicus in Latin (from ballein = to throw, sling). This was an elite unit later taken over by the Romans. The honderos were a highly recognised unit, trained from a very early age (only 3 or 4 years old!) able to kill even the troops in full armour.

In 123 BC, the roman general Quintus Cecilius Metellus Balearicus arrived to colonize the island and laid the foundation of the ancient towns of Pollentia and Palmaria (modern day Alcudia and Palma). The Roman invasion also left it’s footprint on the island in culture and architecture as it lasted over five centuries. At the beginning of the 8th century, the Moors started attacking the island. In 902 Moors annexed Mallorca as part of the Caliphate of Cordoba. That also projected to architecture all over the island, the 11th century arab baths and Almudaina Palace survived to these days. The Arabs’ presence also influenced agriculture. They established farm estates called alqueries, and cutting-edge irrigation systems. Some of the cities are still named after the Moors: Alcúdia (the hilltop), Valldemossa (the Valley of Musa), Deiá (from Ad-Daya meaning village) and others.

Tip: The ruins of the Roman city of Pollentia are still visible south of Alcúdia and open for tourists from Monday to Friday (9.30 am to 8.30 pm) and at weekends (9.30 am to 2.30 pm). The museum is closed on bank holidays.

The Moors continued plundering the Catalan boats, which provoked King Jaume I to a bloody reaction. At the end of the year 1229 King Jaume I with an army of 15.000 men with 500 horses sailed on 155 ships from Salou in Tarragona. Initially, they were supposed to arrive in Port de Pollenca, where the local chief promised to open the gates of the port. However, the strong mistral winds pushed the ships far south and the whole expedition landed in the area, where is now the tourist resort Santa Ponsa.

The main fortress, now the city of Palma, was conquered within the year after the disembark. The Moors fled to the mountains in the north and kept resisting for another three years though. After the king conquered the whole island of Mallorca back from Moors, he passed the Kingdom of Mallorca (whole Balearic Islands) to his son Jaume II.

This era is engraved in Mallorcan history as the Golden Age for Mallorca. The Bellver Castle being the silent witness to these days. After Jaume II died too, the island was
re-incorporated as part of the Kingdom of Aragon, Spain.

During the Napoleonic wars a lot of refugees came to the island causing social tension. In the same century though, the first railway was installed and the shipping lines were established to trade with the Indies. In the Spanish Civil War through 1936-1939, Mallorca was a nationalist stronghold. During the following Franco dictatorship (1939-1975), the political situation in Mallorca was the same as on the peninsula.

Mallorca history facts: What they didn’t tell you in history classes

Mallorca, the biggest island of the Balearic archipelago, sits right in the middle between Algeria and France, just 210 km (130 miles) from Barcelona. Half of the island on the northern side is lined with the Serra de Tramuntana mountain range, which was inscribed into the UNESCO list in 2011. It stretches over 70 kilometres (44 miles) and its highest peak is called Puig Major with a height of 1 145m (4 741 ft). In the south there are several caves, the most impressive complex is called Cuevas del Drach, inside of which lies one of the biggest underground lakes in the world. On top of that the south coast is home of two protected nature reserves: Cabrera Island Marine Reserve and S’Albufera. The central part is mostly agricultural with plenty of rustic ranches and farmhouses, a lot of them also providing accomodation. Besides that, the inlands are full of vineyards, almond trees and olive groves.

The climate is hot and dry, highest temperature during summer can climb up to 40 °C (over 100 °F), October being the rainy season. The average temperature is 18 °C (64 °F), but you have to take into consideration the variations due to altitude, coastal winds etc. For more detailed info about the Mallorca weather take a look at our article describing weather month by month.

The common language you will hear in the streets is Catalan, in the local Mallorquín dialect to be precise. Most people usually speak Spanish, English and German as well, as there are hordes of German and British residents due to affordability.

There is a big emphasis on tradition and church rites. Regarding the cultural traditions, the glassblowing tradition and pottery dates back to 2nd century BC. Mallorca is generally rich in handcrafting tradition. Pearl manufacture and shoemaking is worth mentioning, as there are two world-famous plants: the Camper shoes and the Manacor factory of artificial pearls with more than 100 years of tradition.

Experience the culture during the festivals

The majority of the population are Roman Catholic and you can really feel the imprint of that on the culture and festivals. Apart from traditional catholic festivities (the biggest one being Easter of course), the most important festival in Mallorca is the Day of Balearic Islands on the 1st of March (horse shows, folk dancing, live music and fairs).

Tip: For a truly breathtaking experience, we recommend arriving on 23rd of June. The annual La Nit de Foc is on fire on that date… literally. One of the craziest events in Mallorca with largest celebrations takes place in Palma: fireworks, devils and demons are on display and there is also something called correfoc (fire run in the streets). Besides that, there are bonfires on the beaches and concerts.

Traditional Mallorcan cuisine is influenced by the mix of Mediterranean nations—Moors, Greeks, Romans and Spanish. The dishes usually consist of various meats and stews and seafood. Apart from that, tapas and suckling pig are ubiquitous in Mallorca. Eating out is an everyday part of Mediterranean life. Especially the late dining: around 9pm or even later in summer.

Mallorcan food you need to try

Tip: Try out the Tapas Trail Ruta Martiana in Palma, it takes place every Tuesday in the Sa Gerreira district in Palma. The bars offer tapas and a glass of beer for only 2-3€ from 7pm. Grab a beer and tapas on Tuesday and get a chance to chat with locals.

Check out our previous articles for more info on restaurants and bars in Palma and Alcúdia. 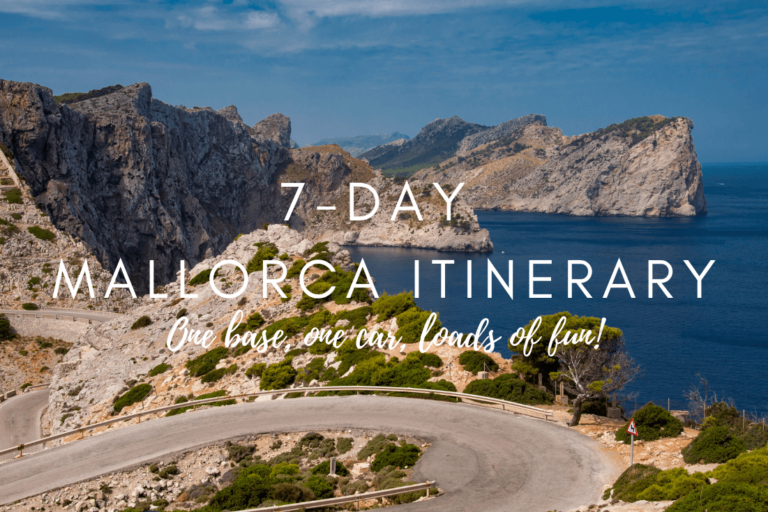 Mallorca’s secret weapon is the Serra de Tramuntana mountain range. It takes a standard beach destination and takes it to a whole new level—literally! From 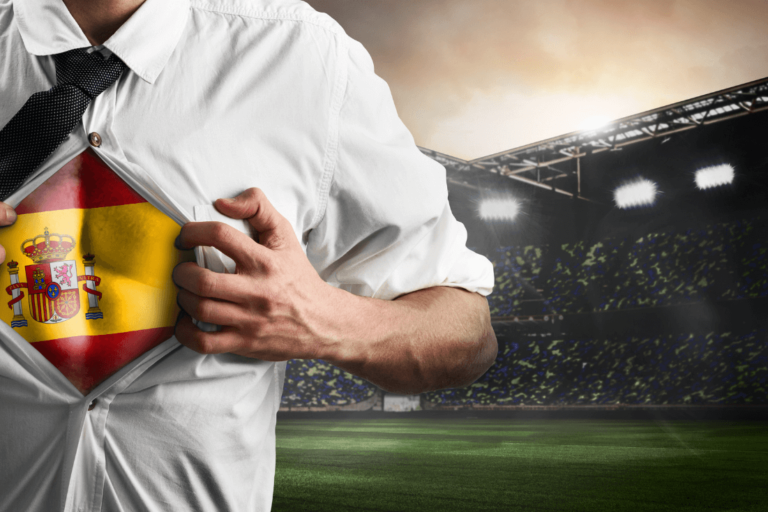 I’m calling it football, you might call it soccer… tomato, tomahto. As long as we both know that we are talking about the sport with 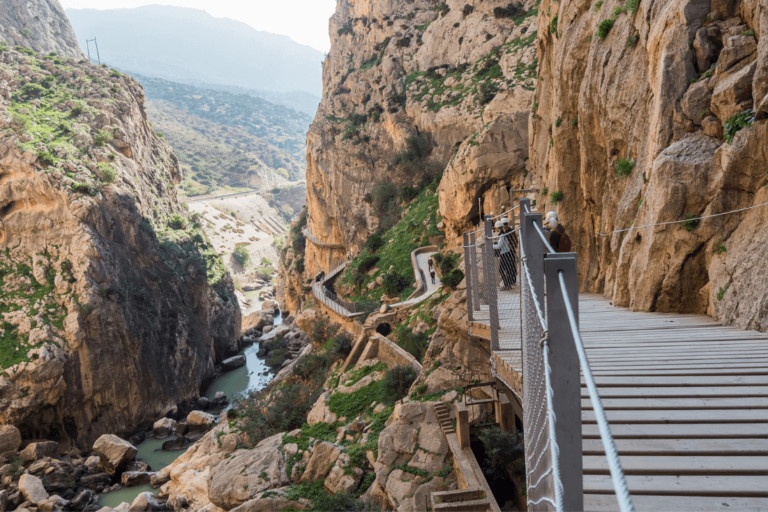 You’ve toured the world-class Alhambra Palace and eaten free tapas all over the place, now what? It’s time to explore Granada’s surroundings on some fantastic 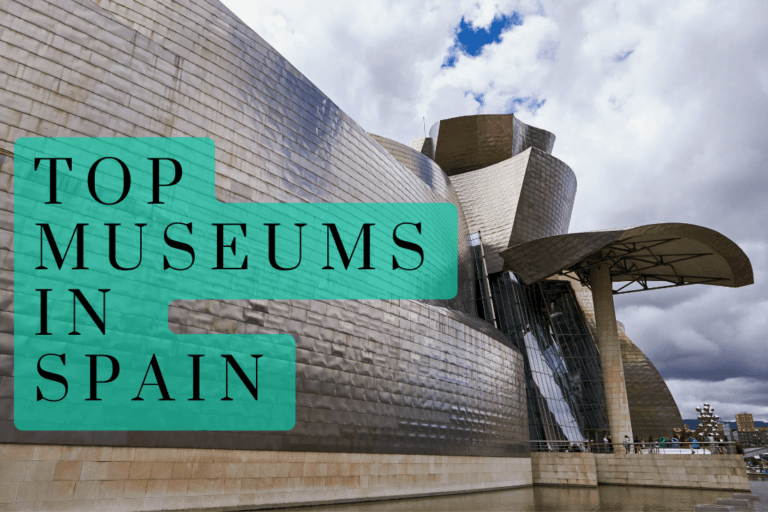