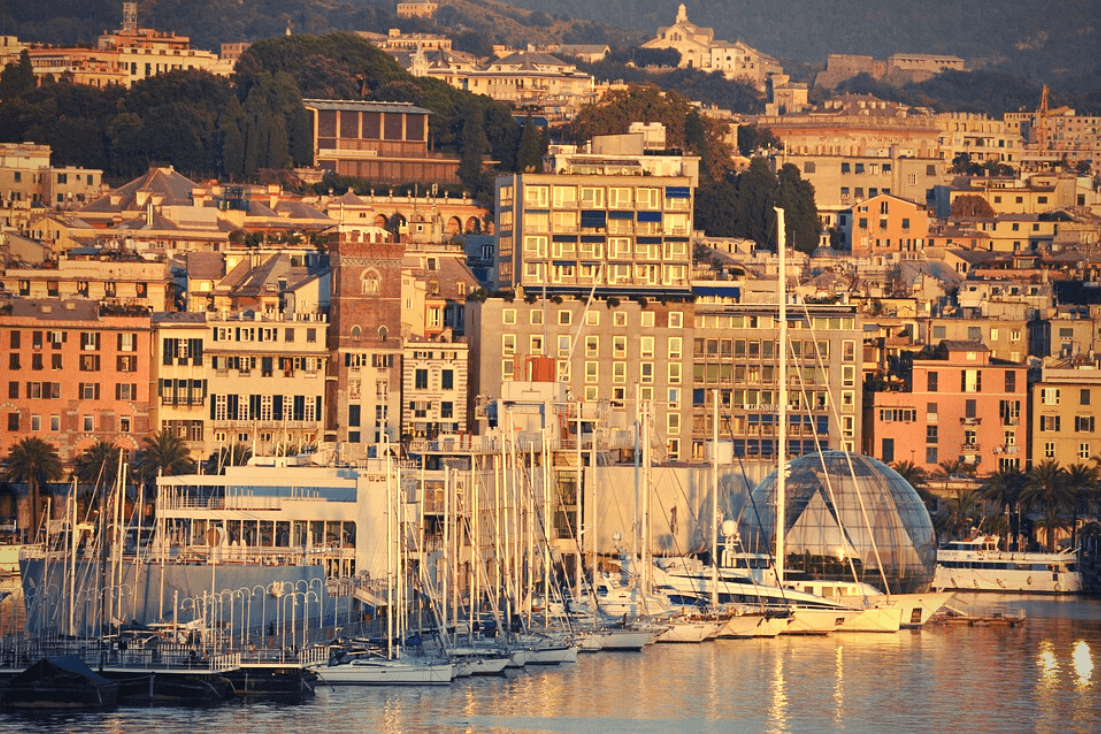 A splendid ancient harbor, the home of Christopher Columbus and famous Genovese pesto. Okay, maybe… In my opinion, there’s no super great surprise in Genoa. Bunch of old palaces, narrow streets and few pretty viewing platforms. So, what is worth visiting in Genoa? Here’s a list of 15 things you shouldn’t miss.

Disclaimer: This post may contain affiliate links. We earn a small commission if you make bookings through my links, at no additional cost to you. This helps us keep this blog free, thank you!

When you get to Genoa, it’s best to start in the heart of the city: Piazza de Ferrari. A huge ornate fountain is the crown jewel of the square. The square lies on the verge between the Old Town and the modern business area framed by 19th-century buildings. Boring I know, but it’s a good starting point for exploring the Old Town. And while you’re there, you can take a photo with the “GENOA” sign as a proper tourist.

Cattedrale di San Lorenzo is the greatest cathedral in Genoa and arguably the most interesting one. Located just a street away from the Ferarri square, you can easily recognize it by its zebra-striped façade, made of white marble and black shale. Quite impressive. The façade was finished in the 14th century, but the cathedral itself is a reconstruction of an even older Roman basilica. In the cathedral’s sacristy, you can visit the Museo del Tesoro which guards several holy relics. A glass goblet passed on as the Holy Grail, Salome’s quartz platter (without John the Baptist’s head), and a fragment of the True Cross. I’m sure all of them are authentic (imagine an ironic tone) as well as the “one true Torino Shroud”.

On a grimmer note, visit the monumental Genoa cemetery! Does it sound strange to you to visit a cemetery as a point of interest? Well, it’s Italy! Anything is possible there. This particular cemetery was created in the 1800s and contains a wide range of artistic sculptures, statues, monuments, and even arched walkways and porticoes. Each one of the gravestones is a piece of art. So in this case, it’s more like walking through the stone art collection… with a Walking Dead twist. And hey, if Nietzsche was inspired by this, there must be something about it!

It may come as a surprise, but the great navigator and explorer Christopher Columbus was born in Genoa. In an ancient house still standing to these days. Well, more or less. Since the attack of the French troops in the 17th century, it’s mostly a ruin. For 3 EUR (2.55 GBP / 3.40 USD) it’s possible to visit the two rooms inside, dedicated to Columbus’ life. However, it’s like 5 minutes matter, so I just took a photo from outside and moved to another site.

Read also: Top 10 Things to Do in Aosta Valley

On the corner of the Piazza de Ferrari stands the grandiose Palazzo Ducale from the 13th century. Formerly the seat of the Genoa Doge (head of the independent Republic of Genoa), restored after the great fire in 1777 is now the center of culture. Therefore, the best way to see it all is by visiting some of the prestigious art exhibitions or cultural events.

The Royal Palace is something for art lovers. On every step, there’s a stucco decoration, a fresco masterpiece, a sophisticated statue, or a painting made by some utterly important painter. Once the splendor home of a Savoy royal family, now one of the most popular tourist attractions in Genoa is surely worth a visit if you’re an art enthusiast. You should see the ballroom…

The Genoa UNESCO World Heritage highlight, 42 grand 16th-century residences on the Via Garibaldi and Via Balbi streets that form a spectacular noble district called Strade Nuova. Most of the palaces were built for insanely rich Genoa’s families, showing off the wealth of the Republic of Genova. Perhaps the most famous and opulent are Palazzo Bianco, Palazzo Rosso, and Palazzo Tursi, which are open to the public.

Genoa is the largest harbor in Italy and if it were not for Marseille it would be the largest Mediterranean harbor. With the naval history dating back to the 12th century, visiting the Genovese old harbor is one of the mandatory things to do in Genoa. It was abandoned for a long time until the local enthusiasts decided to save it and made a vibrant entertainment complex. The festive grand opening took place in 1992 on the 500th anniversary of the discovery of America. Today the harbor is a modern venue with cafés and restaurants and lots of attractions.

The modern 40-meters iconic lift offers a circular view of the old town on one side and the waterfront on the other. The shape of the lift is supposed to resemble an old crane unloading goods from the ships. I don’t know how about you, but I’ve never seen the old crane unloading ships, so to me it just looked like a giant iron octopus. The lift operates every ten minutes, and it costs 5 EUR (4.20 GBP / 5.7 USD).

The unique glass and steel ball construction from 2001 is home to more than 150 fauna and flora species. It’s basically a big tropical greenhouse, where you walk among the palms, birds, and butterflies. Nice touch to the modern harbor. The separate ticket is for 5 EUR (4.20 GBP / 5.7 USD) as well. If you buy the combined ticket to the Aquarium, the Bigo, and the Biosphere, it’s a bit cheaper.

A replica of a 17th-century Spanish galleon was originally made for Roman Polanski’s film Pirates. Although it looks like a real Spanish galleon on the outside, it has a modern motor, and the hull is made from steel. However, it’s cool and accessible to explore: 6 EUR (5 GBP / 7 USD) for adults and 4 EUR (3.40 GBP / 4.50 USD) for kids. There’s not much to see inside, so unless you have small kids, I think it’s enough to take a pretty picture from outside.

I had high expectations for this one. And guess what… it was really lame. In the Galata Museum, you’ll find tons of paintings, tons of texts, no ships models (if I don’t count the teeny tiny models, okay, one lame model). The only cool thing (a real-life submarine) is cleverly seated outside the museum to lure you for a visit. If you’re planning on taking your kids there, don’t. The huge galleon outside and the Aquarium will be a better choice. Maybe I was so disappointed before I had been in the one in Venice before and it was much much much better. I spent 6 hours in there, totally blown away. In Genoa, it took me about an hour.

After the Cape Town Aquarium, this was the second-best. It’s the largest Aquarium in Europe with more than 600 species. My favorite—manatees, dolphins, seals, and of course, sharks. The Genoa Aquarium has several exhibits offering multiple experiences including virtual reality and skates petting. Who would say no to that? Anyway, it’s approximately a 2-3 hours visit, unless you’re with kids, then it can be a never-ending visit.

And because I’m a super-nice person, I will also disclose the best 5 photo spots in Genoa you must visit, if only for the view.

The ancient city gate is not only an impressive structure, but you can also climb up and enjoy the view from there (for free!). It was a part of the 12th-century defensive fortification, also serving as a main entrance to the city. Sometimes it’s called a Barbarossa gates/walls as it was primarily built to defend the city against Frederick Barbarossa (the Holy Roman Emperor and the King of Italy). You can spot a small plague on the gate. In case you’re wondering what’s written there, I was too. I did a little research, but the only thing I found was that “only those who come in peace can touch the gate”. Well, I anticipated something more mysterious and interesting. Never mind, maybe next time.

If you plan your trip to Genoa for more than one day, act like a Genovese and take an evening stroll along the seashore on the Corso Italia promenade. It starts a few kilometers outside the city center, so you can either walk there or take a bus 31 from Piazza di Ferarri to Punta Vagno. The 2.5 km-long (1.5 mi) promenade takes you to Bocadesse, a former fishing village, now a popular tourist attraction. It looks like a part of Cinque Terre; you just don’t have to fight the crowds and the train schedule (if you don’t know what I mean, read my guide to Cinque Terre and you’ll understand). There are several beaches along the way, including the one in Boccadasse, as well as stunning photo spots.

Tip: There’s not much parking space, so I recommend using public transport on this one. Bus 31 leaves every 15 minutes and connects the Genoa City center directly with Bocadasse.

A little bit further behind the Bocadasse lies another cute small village called Nervi. Another former fishing village (what else would you do there in the 19th century?) is now home to an extensive park area with a botanical garden and modern art gallery. The heart of the village is still the little port with its bars, cafés, and restaurants. The port is the starting point for the Passeggiata Anita Garibaldi, a seaside promenade with many beautiful views and spots for bathing.

One of the biggest points of pride among Genovese is their ancient lighthouse.  Originally part of the medieval fortification is one of the oldest lighthouses in the world! The tower is believed to be 800 years old. In the following centuries, the building got bigger, and they even had a jail in there. Today, the lighthouse stands in the middle of the modern industrial harbor, providing a bit different perspective. You can see the bustling new harbor on one side and the Porto Antico with the city roofs on the other.

Spianata di Castelletto is a historical landmark on a hill yet still within the city walls. From the 13th century, there was a Castelletto fortress looking down on the city, however, it was torn down in the 1850s. One way how to get to the top is a special lift, operating since 1910 which will take you right to the Belvedere Luigi Montaldo—the very best place to enjoy the city views at any day of the time. It’s cool to use the hundred-year-old lift, but if you want to climb up yourself, many steps are leading uphill. 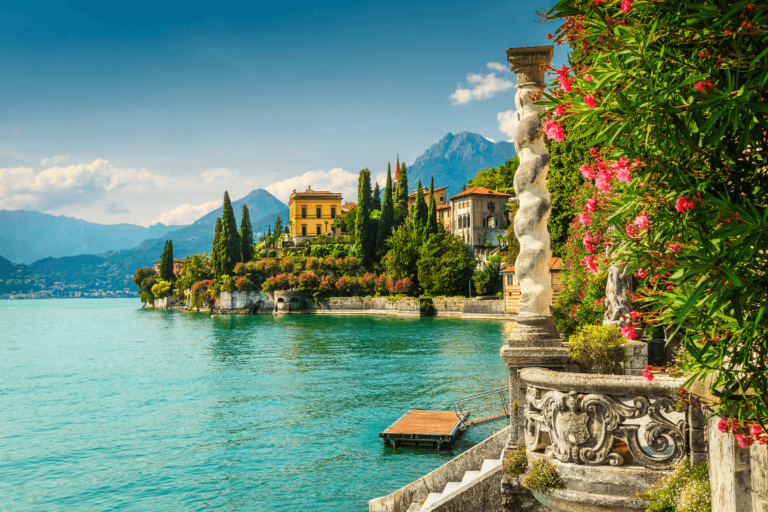 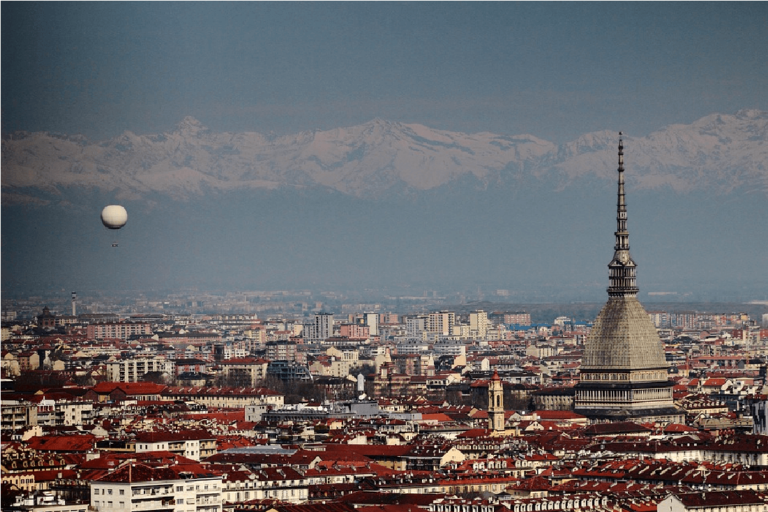 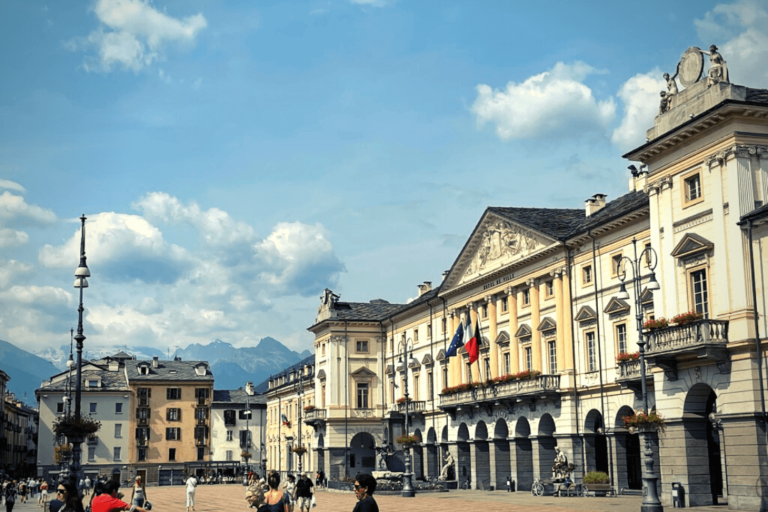