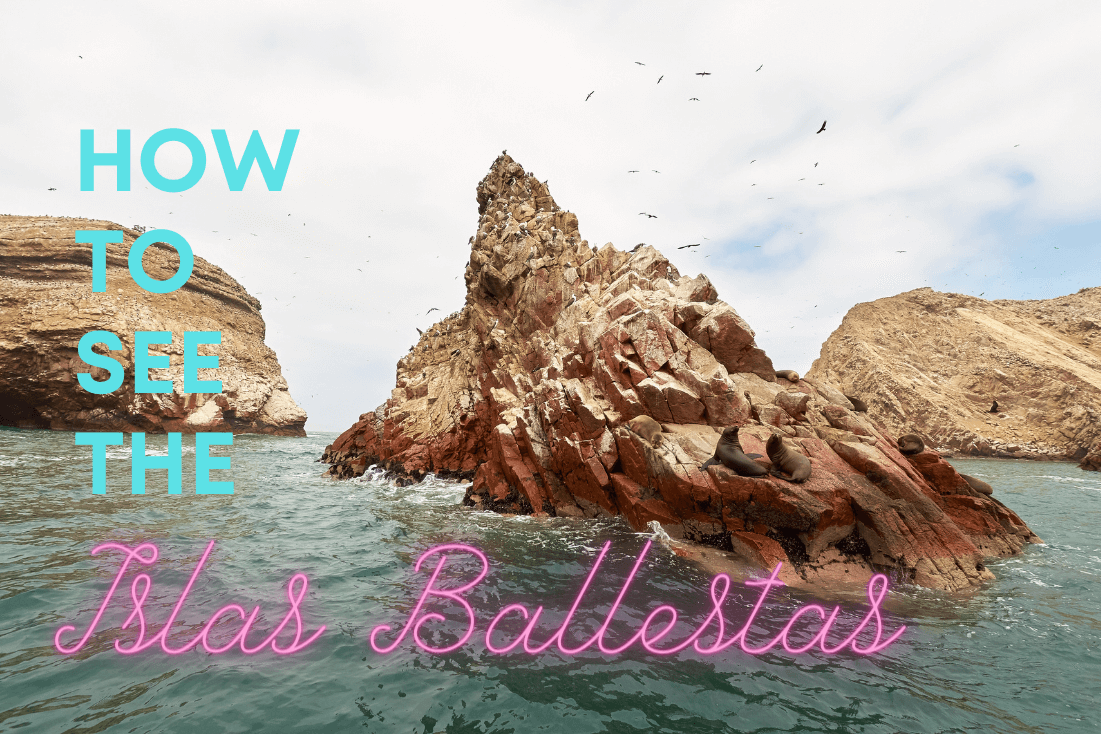 Can the Islas Ballestas really measure up to the Galapagos? What’s the boat trip like? And what’s up with all that poop?! Your burning questions will all be answered in this article.

1. What are the Islas Ballestas?

If you’re picturing palm tree-fringed islands and dreamy beaches, you’re not thinking of the right type of island. The Islas Ballestas are a small group of rock formations jutting out from the sea—no white sand, no foliage, no possibility to lay foot on land (for us humans).

So instead of this:

The rocks do come in some fun shapes and have arches that the tourist boats will go under in order for everyone to get a good look (since you can’t get off the boats), so there’s that.

The Islas Ballestas aren’t part of the Paracas National Reserve, instead belonging to another reserve with an incredibly long name: La Reserva Nacional Sistema de Islas, Islotes, y Puntas Guaneras, basically a reserve for guano mining (only with a special permit). More about the treasured bird poo later.

The Islas Ballestas are certainly nice and worth seeing if you have time and love marine animals. If you hate animals and get sea sick just splashing around in your bathtub, I’d say look at the photos online and consider it seen.

2. What animals can you see at Islas Ballestas?

Seeing fauna that is atypical to most folks coming from the northern hemisphere is the one and only reason to come the Islas Ballestas. Without all the sea lions, fur seals, blue-footed boobies, Humboldt penguins, Guanay cormorants and Peruvian pelicans (among other birds), all you see is a bunch of rocks in the ocean.

Maybe you’ll be lucky like us and get an entourage of dolphins chaperoning us to the islands. Seriously, these things are water dogs! Jumping around, curious, playful. Great addition to the otherwise not so exciting boat ride.

The reason there are so many animals at the Islas Ballestas—the rocks are covered with them—is the Humboldt Current that sweeps Peru’s shore. It’s the cold current that makes the water off most of Peru’s beaches just a tad too cold for swimming unless you’re a local kid. It also brings up water from the ocean floor, taking nutrients up with it.

The combination of low temperatures and nutrient-dense waters means a lot of fish, and that means larger predators will thrive, chowing down on the fish. Islas Ballestas is where they hang out between meal times.

The massive sea lions are the island clowns, often performing for visitors, or just doing normal sea lion things that make tourists love them. They wobble around, plopping down for a tanning session, only to roll onto their backs to bask some more. I mean I get it, those tanning lines would be pretty funky if they didn’t even out their sun intake.

Male sea lions are massive, weighing up to 350 kg (770 lbs). Females are only half their size. You usually won’t see many young males hanging around though, since the big fellas go after them in hopes of protecting their egos and their power over their harems. Most of the sea lions you’ll see are therefore females of all ages and their sugar daddies.

3. How do you get to Islas Ballestas?

You’ll need to go on a tour in order to get to the islands. Tours leave from the town of Paracas, from the El Chaco pier.

If you run out of luck like we did and all the luxury tours are sold out, you’ll need to heed the hotel pickup and make your way to the starting point on your own. Type in Marina Turistica de Paracas into Google Maps, you can conveniently park right where the navigation takes you (it costs s/3 per hour).

At the El Chaco pier there are droves of groups and individual island-bound tourists all either coming, leaving or waiting to get on or off a boat. It’s a pretty crazy sight in this otherwise sleepy fishing village, but it was all surprisingly well organized and nobody seemed particularly lost.

The boats are well-maintained and pretty comfortable for what they are. You’ll get a life vest for the 40-minute trip to the Islas Ballestas.

Tips for Paracas: Paracas is where you’ll be basing yourself. If you can, stay for at least 3 or 4 nights. Here is a list of the best hotels, though our pick is hands down the DoubleTree Resort by Hilton (more about our epic stay in this article about the top things to do in and around the Paracas National Reserve). Make sure to try out Peru’s national dish, ceviche, a few times. I loved it during our trip to Lima and I loved it here, too! Who knew raw fish could be so tasty.

4. How much will you pay for an Islas Ballestas tour?

That depends if you are lucky enough to get the “good” tour (see above), or will be stuck with tourist class tickets. I know, boohoo, right? But you know me, I always go for luxury! YOLO!

Group tours go for about 25 USD per person, and may or may not include the s/13 entrance fee to the national reserve. If the price doesn’t include the fee, you will pay it at the pier. Hotel pick-up and drop-off can also be extra.

5. What to expect on a tour to the Islas Ballestas?

Once you’ve found your seat on your boat, get ready for a 40-minute boat ride to the Islas Ballestas. The boats are comfortable (but open-air, so don’t forget about the the sun, wind and sometimes splashing water when you choose your outfit for the day!) and go relavatively fast. Don’t underestimate how prone to sea sickness you are.

You will first stop at the El Candelabro, a Nazca Line of the Paracas culture from 200 BCE. When we went, it was covered in fog, but the guide still stopped and talked about it for a few minutes. (If you’re interested in Nazca Lines, you can read my guide to Paracas National Reserve to see the best spots to see them from.)

If you’ve ever been out to the open ocean and its capes, you’ll  know to expect a smell of rotting animal corpses that gives you the unmistakable feeling that you are, in fact, out in the wild where nature prevails. The smell took me back to Cape Cross in Namibia…oh the wonderful olfactory memories!

Once you reach the Ballestas Islands, you’ll spend about half an hour slowly floating around the islands and taking an explicit number of photos of birds and seals. The boats take you close to the shore, under the arches and around the bends. You’ll get as close to the action as possible without ever stepping off the boat—that is forbidden.

Then, you’ll head back to the pier in Paracas, sometimes escorted by a group of dolphins.

All in all, the tour takes about 2 hours.

6. What is the best time to visit the Ballestas Islands?

There isn’t a month that is a particularly bad time to visit the Islas Ballestas, though peak tourist season is during the summer months of December through February.

With mild temps throughout the year and minimal rainfall, it’s possible to come here at any time of the year. If you’re hoping to go to Machu Picchu on the same trip, you might want to visit in the spring or fall to beat the crowds that tackle the ruins during the winter months of June to August. We have an article on the best times to visit Machu Picchu, so read up on that before making up your mind.

Regarding the time of day, I’d say head out in the morning for the promise of calmer seas. You don’t want to be sea sick by the time you reach the islands, so the choppier waters of the afternoon are something to consider. Don’t underestimate the power of the ocean! You’ll be wishing for a special lollipop, just like the one we all initially made fun of during my shark diving escapades in South Africa, within 20 minutes of departure.

Tip: You’ll want to plan on spending the night in a hotel in Paracas, though I recommend booking at least 3–4 nights there if you have the time. There is so much to see in the area!

The mornings sometimes bring fog, which is what happened to us, but it clears up by the time you get to the Islas Ballestas, and you aren’t a nice green color, straining to smile for photos while trying to keep your breakfast down.

Birds are the kings of the Islas Ballestas, they form a blanket on the rocks with their bodies. They are everywhere. If you’ve ever had a couple of pigeons favorite your balcony, you can imagine the other thing that blankets the islands: bird shit. Or “guano” if you want to seem like you aren’t actually talking about bird shit.

The word guano comes from the Quechua word “wanu”, which means any type of animal excrement used as fertilizer.

Since the Inca times, guano has been used as a very effective agricultural fertilizer. It remained in high demand until the 20th century, when industrial manufactured fertilizers replaced the natural stuff.

In its heyday, the guano from the Islas Ballestas was on par with actual gold, so the government had to establish rules, set up a national reserve and started handing out permits for the poop miners, as to not disturb the prized poopers too much.

Even nowadays, mining is only allowed for 3 months each year. I’m seriously interested to know what the Islas Ballestas would look like in a few years without guano harvesting—the annual poop layer can reach up to a meter (3 feet) deep! And apparently, there was a time in history when there were 50 meters (160 feet) of guano on the islands! 50 meters! Was it just a blob of an island then? Did the islands converge into one big poop mound? I need answers!

That settles it. Animal scouting in Islas Ballestas is officially on your Peru bucket list. What’s next? What about Machu Picchu or Rainbow Mountain? And if you spend some days in the country’s capital, Lima, we have a guide for that too. As always, don’t forget to book your hotels using our links (thanks bunches!). 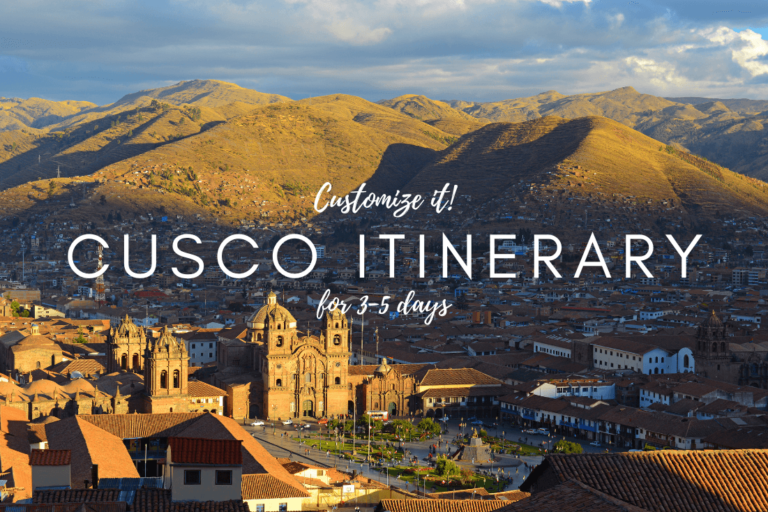 I’m sorry to be the one to tell you that if you only have 3 days for the entire Sacred Valley and Cusco, you’ll be 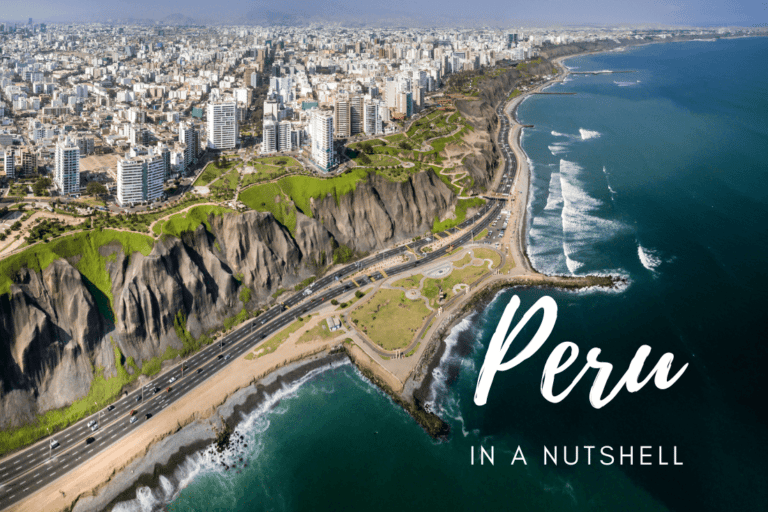 Peru in a Nutshell: Next Level’s Take on the People, Language, History and More

Can you guess which country has unique flora and fauna, historic legacy, mystical sights, diverse culture, and many beautiful places to visit? Ok, you clicked

Peru is one of those countries where you can stay in 5-star hotels even if you usually don’t. The price is right and the value 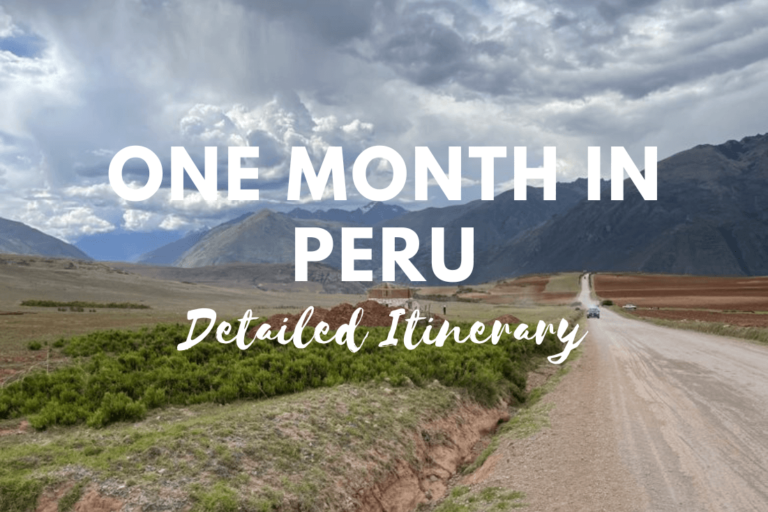 You’ve got ample time off and you’re going to Peru—awesome! Getting a full 4 weeks in Peru is a fantastic idea considering how huge the