Skip to content
Menu
Home | Germany | germany-places | What to Do in Nuremberg: 10 Must See Places and More 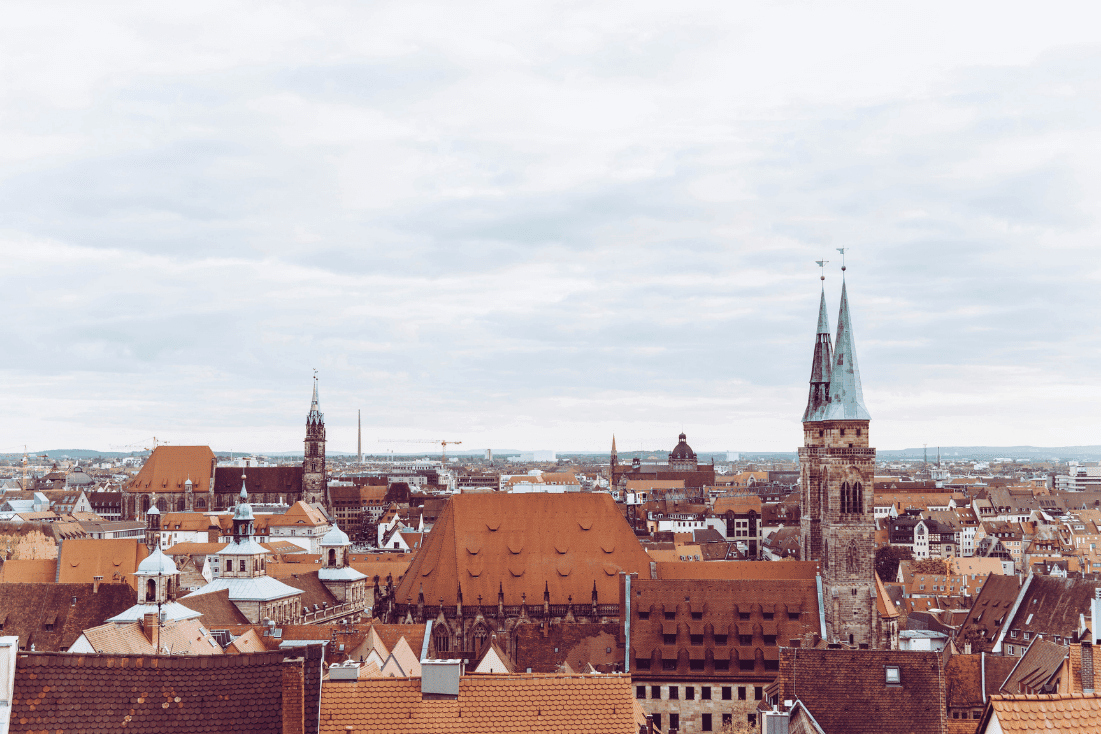 Nuremberg is a city of rich history, kings and emperors, Nazi rallies, protestants, arts, Bratwurst, and a famous Christmas Market. Beautiful in every season, Nuremberg attracts tourists from all over the world with its medieval atmosphere and unique story to tell. Take a stroll around the half-timbered houses and learn about the bleak history. Read more and find out the best places to visit, the best hotels to stay in Nuremberg, and other useful facts.

The famous Nuremberg Trials took place in the Nuremberg Palace of Justice where justice resides to these days. The leaders of the Nazi regime had to answer for their crimes in room 600 which is still active courtroom nowadays.

The Nuremberg Trials memorial is to be found on the top floor of the Courthouse. The exhibition displays insights on the trials held there from 1946 to 1949 and provides details about the defendants and their horrific crimes. Nuremberg Trials also gave rise to the establishment of Nuremberg Principles—an important set of documents stating the rules for the international guidelines for crimes against humanity and war crimes.

Handwerkerhof is basically a medieval yard full of handicraft shops, taverns and restaurants in the Altstadt. Great for shopping souvenirs such as handmade jewelry, toys and leather goods. And after a dedicated souvenir hunt for your friend and family, enjoy a pint of a good German beer, traditional Bratwurst or just a cup of coffee.

Spoiler: The village is not original. Although it looks medieval, it was actually rebuilt in 1971. After World War II, Nuremberg was in ruins due to bombing in 1945, so the whole medieval Altstadt needed to be rebuilt.

8. Lorenzkirche (The church of St. Lawrence)

The biggest church in the city with majestic twin towers and a nine-meters large rose window hides one of the largest organs in the world. Make sure to check if there are any concerts or masses at the time of your visit. The notable fact is, the Lorenzkirche is a protestant church (as well as St. Sebald Church) in the otherwise catholic Bavaria. The explanation is easy, Nuremberg was the first German city to become protestant during the Reformation in the early 16th century.

Just a few steps from the Nuremberg Castle lies the Old Town’s heart—the Hauptmarkt (Main Market). Stroll through the centuries-old daily market and admire the medieval architecture, including the 14th century Schöner Brunnen (Beautiful Fountain). The 19-meter-high fountain is designed to resemble a gothic church and the Holy Roman Empire’s values.

The Hauptmarkt is a site of the renowned annual Christmas Market. During the two-week festivities, there are more than a million visitors from the whole world. It can get pretty crowded there, but it’s worth visiting for Christmas lovers as the magical atmosphere of the Old Town turns into a winter wonderland.

Right at the Hauptmarkt stands a marvelous 14th century Frauenkirche (The Church of Our Lady). Don’t worry, you can’t miss it unless you’re completely blind. The building has dominated the square since 1362, when it was finished. Emperor Charles IV had it built for imperial ceremonies, as reflected in the rich gothic decoration, including the coats of arms of the Holy Roman Empire, the seven Electors, the town of Nuremberg and the city of Rome.

The central piece of the west facade is the Männleinlaufen—the old clock commemorating Charles IV’s Golden Bull. It portrays Emperor Charles IV sitting in the center of the clock surrounded by the seven Electors. If you postpone your lunch and arrive there by midday, you can hear the clock bells and see the Electors running around the Emperor.

The Germanisches National Museum is a real treasure. Too bad the only language you can open it with is German. And I mean it… everything is in German there. Which, I won’t lie, was a big disappointment for me. The only option is to rent an audio guide for 2 EUR (1.70 GBP / 2.31 USD) or use the Google translator whenever something catches your eye.

However, there’s a lot to see if you understand German or decide to decipher it. The Museum is home to more than 1.3 million items related to German art and culture, which makes it the largest museum of German heritage in German-speaking countries. Among the archeological pieces, paintings, books, musical instruments and armour, lies a bunch of real highlights. For example, the oldest surviving globe from 1492!

The fun fact: They had completed the globe just a few weeks before the word of the discovery of America reached Nuremberg, so it’s not portrayed on the globe… bummer.

Especially for those traveling with youngsters, the Nuremberg Toy Museum is among the top must-see places. Normally, I enjoy the places, when I can act like 6 years old again, but this wasn’t the case. I believe that it’s a good choice when traveling with kids though. Nuremberg has been a city of toys since the Middle Ages, producing toys for the whole of Europe, so it only makes sense that they decided to build the biggest toy museum there.

The Nuremberg Toy Museum was built in 1971 and it occupies three floors, where you can watch the evolution of toy making. There are more than 65 000 toys to see, from the old wooden and tin toys to models of railways, Barbie dolls and Playmobil. If you make it to the attic, you’ll find a room for children, where they can play with the toys under the sight of a trained supervisor. If the weather is good, the kids can go crazy at the large outdoor playground, while you get the chance to refill some caffeine.

The Documentation Center Nazi Party Rally Grounds marks arguably the darkest time of the city history. Nazis chose Nuremberg as their headquarters for the massive propaganda rallies even before they came to power in 1933. Mainly because Nuremberg lies in a perfect location, almost in the center of the whole German-speaking area of Europe.

And of course, it must have been grandiose, so they decided to come up with the building plan of the whole city. Fortunately, it was never realized in whole. The “only” thing Nazis managed to build is the rally ground and a congress hall, where the exhibition is located nowadays. The whole site stretches on over 11 square kilometers (4.3 square miles) which witnessed six Nazi party rallies in between 1933 and 1938.

The exhibition called Fascination and Terror provides the original building plans, photos, interviews with eyewitnesses, official documents and much more. It’s an impressive place, me and Karin got chills just standing there. But also, an important monument explaining the reality of the Nazi regime and most importantly its origins, which need to be reminded.

Nuremberg has a rich history—from kings and emperors, through renaissance art to Nazi rallies… but more on that later. One of the best things to do in Nuremberg is exploring the Altstadt (Old Town). Inside the impressive medieval town walls resides the Imperial Castle of Nuremberg or simply Nürnberger Kaiserburg in German.

The history of the castle dates back to 1050 and throughout the Middle Ages, it was one of the most important sites of the Holy Roman Empire. It actually comprises several buildings, the Imperial castle being just one of them, and together with the city walls, it belongs among the grandest medieval fortifications in Europe.

When we got inside, I was a bit disappointed as there’s not really that much to see and there is basically no information in English (your only option is to pay extra for an audio guide). However, we admired the medieval architecture, which is definitely worth seeing and you don’t need any translation for that.

Apart from the Palas with Double Chapel and Imperial Castle Museum, there are beautiful Castle Gardens, which are freely accessible. We had a little trouble finding them, because they’re hidden behind the castle complex. But if you try a little, you’ll be rewarded with a peaceful place and magnificent views of the city.

Finally, my number one to see in Nuremberg. The Albrecht Dürer’s House is located right next to the castle in the beautiful half-timbered house. The house itself was built in 1420 and it was Dürer’s residence from 1509 until his death in 1528.

There are incredible five stories inside the house, so it makes sense that it’s not just full of paintings (however impressive they are). I especially appreciated the reproduction of the Dürer’s studio workshop and living quarters completed with the story of his life. Unlike the other museums this one is really impressive. There are even special guided tours by the Dürer’s wife Agnes (ehm, an actress impersonating Agnes of course).

In a rush you can walk the Altstadt of Nuremberg in one day, just admiring the architecture and the medieval atmosphere. However, I recommend at least two days to explore the museums as well. Where are the best places to stay?

If you’re looking for cheap accommodation in Nuremberg, the PrivatHotel Probst is the best option. Inside the city walls and just a few minutes from the main train station, the hotel provides easy access to the Altstadt as well as the public transport connection. It’s simple but clean and it represents the perfect base for one-day trips around the city of Nuremberg.

The Park Plaza Hotel has a perfect location within walking distance from the Aldstadt as well as the train station. Together with a contemporary design, wonderful stuff and a fitness center, it makes a perfect value for your money.

If you’re craving a bit more luxury, check out the Adina Apartment Hotel. You can enjoy the hotel’s wellness and fitness as well as the breathtaking views of the city from the rooftop terrace. The hotel is also popular due to the fully equipped kitchen and the washing machine in the apartments.

Few travel tips before you go to Nuremberg: 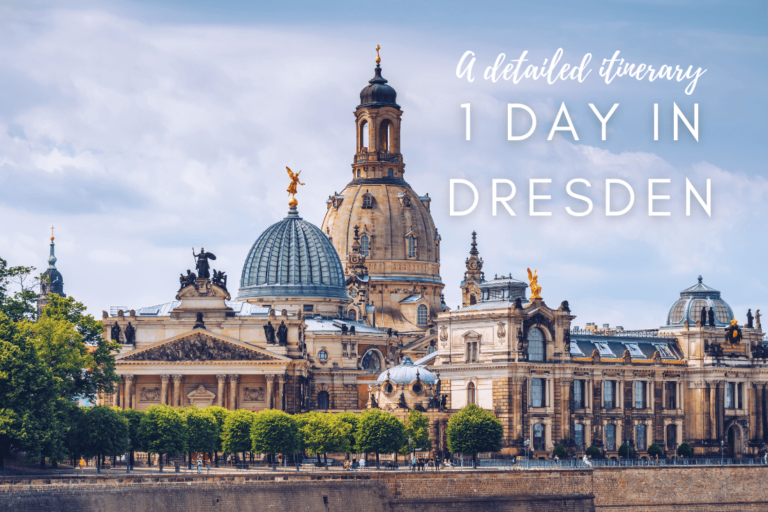 1 Day in Dresden: A Detailed Itinerary

Brace yourself for Baroque, museums, art, and… Winnetou? No matter if you have just one day in Dresden or an entire weekend, you’ll be glad What to See in Dresden in 1 Day: 13 Best Places to Visit

I want you to enjoy Dresden without resenting it for making you run around the city like a nut, so right off the bat I’m

10 Best Things to Do in Berchtesgaden (Prices and Photos Included)

It’s famous for its mountains, beer gardens, and Hitler-related history. Berchtesgaden is a great travel escape for outdoor adventurers who want to enjoy several days, 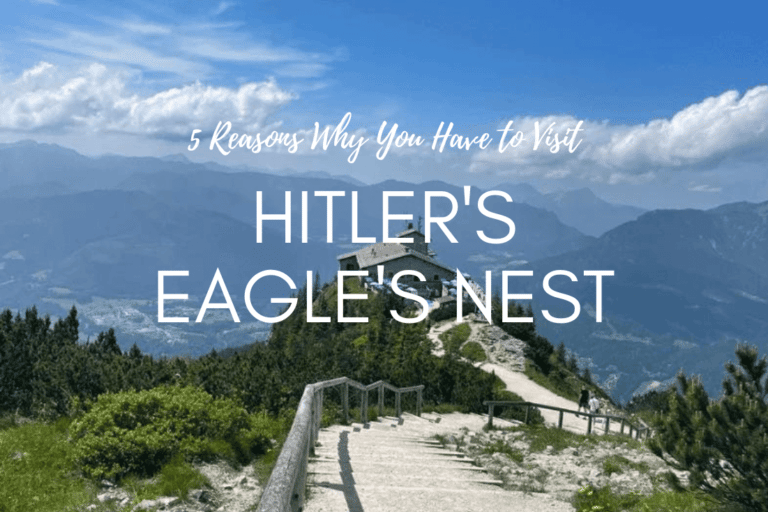 Does the combination of epic views and 2nd World War history sound intriguing to you? Then you’re a perfect match for the Eagle’s Nest. Built