Menu
Home | Austria | austria-background | What is Austria Known For? 13 Tips and Tricks for Your Vacation 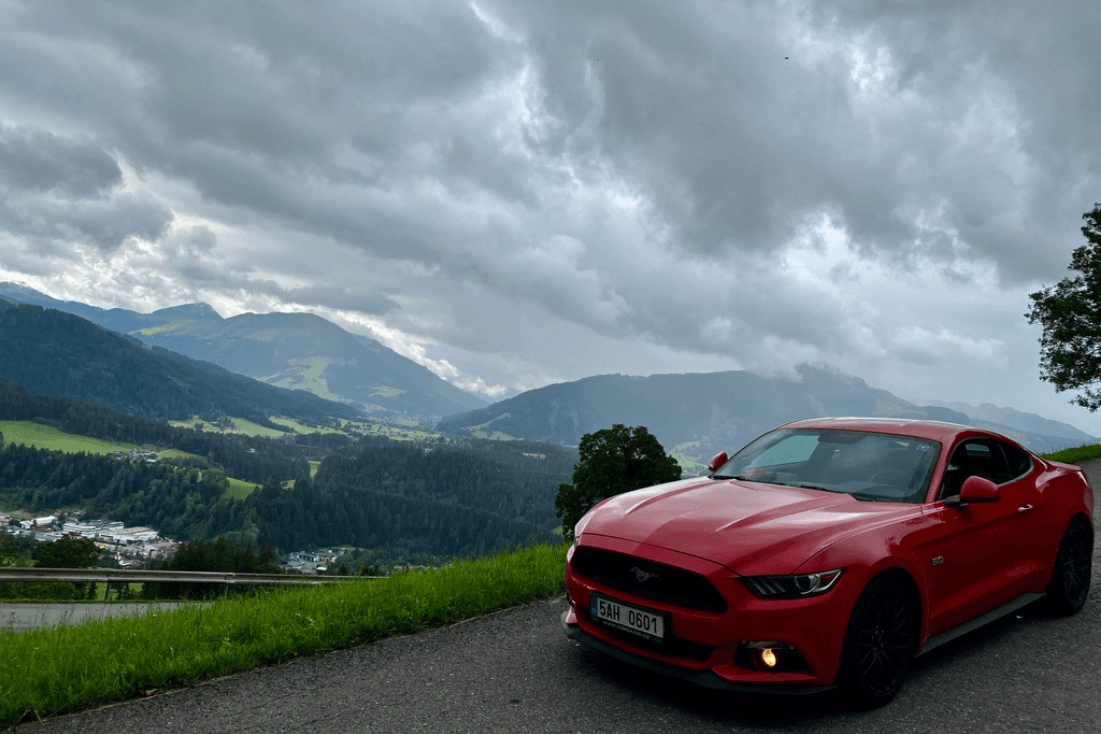 Austria is a crowd pleaser. It’s a beautiful country surrounded by mountains and untouched nature. It can be a bit tricky sometimes and it might surprise you, once you get to know it. So, what to know about Austria? What is it known for and what to avoid? Here are 13 tips and tricks to help you settle in.

Although it’s impossible to avoid pickpockets in crowded areas or in tourist attractions, Austria is generally a very safe country. It’s ranked among the 5 safest countries in the world every year. So, you have nothing to be scared of there. Even in the smaller cities, parks and woods, it’s usually very safe.

Nonetheless, if you ever found yourself in an emergency situation for any reason, these are the emergency numbers:

12. Everyone is friendly and speaks English

It’s not something that may be taken for granted. But it’s true for Austria. From waiters in restaurants, to hotel staff, to anyone you get into conversation with, everyone is nice, helpful and accommodating. And most importantly, everyone speaks or at least understands English. So, you won’t need to pack a dictionary for your vacation.

11. Brace yourself for Austrian coffee

Austrians, as well as Czechs, are well known for their ability to spend the whole afternoon in the café. I guess you could say that cafés are an important part of social life in central Europe. Friends or colleagues often spend up to several hours there. However, in my opinion, the coffee quality in Austria is… let’s say not overwhelming. If you’re used to quality coffee, you might often be disappointed. But I’m sure there are great cafés in Austria too, I just haven’t been lucky enough to find one.

10. Always look for the discount card

Austria offers a number of different discount cards. Most of them are regional in some way. My personal advice is: use it always, everywhere! It can save you a tidy sum and some of them are even free, when you’re staying overnight. So, what kind of discounts can you use?

While it may pay off to travel by public transport in the big cities (especially if you have a city card), it can turn into a nightmare in the country areas. Renting a car is a great way to make the most out of Austria. The views are breathtaking and if you have a car, you can easily see the whole of Austria in just a few days. That is particularly relevant in the mountain areas, where it might be complicated to travel by public transport. However,…

Driving in Austria is definitely a nightmare. Not that the roads aren’t in good condition or something. Even the signs are well posted. But I’ve been driving in South Africa and it was much more disciplined there! Austrian drivers are madmen, driving in the left lane even though they know it serves for overtaking. However, to my big surprise, they do respect the speed limit (which I tend to forget about sometimes).

What are speed limits in Austria?

Also remember that in Austria, they drive on the right side and wearing a seatbelt is required by law.

One of the things Austria is famous for is its typical wooden interior decoration. That wouldn’t be so bad by itself, but it’s often kind of tacky and the Austrians love it. Of course, it may be enchanting for non-Europeans, but for me… it reminds me of my grandma’s cottage. While it’s not such a huge problem to find modern and stylish accommodation in the city, it’s practically impossible in the countryside. And the same applies for restaurants too.

I’m not saying that Austrian cuisine is not good. But it might be a bit of a surprise for foreigners. Austrian cuisine is similar to Czech or German. Austrian cuisine is mainly famous for its schnitzel. Which is essentially a fried veal or pork in breadcrumbs. Another famous Austrian food is roasted duck with sauerkraut (fermented cabbage) and dumplings. And if you have a sweet tooth, get ready for Sacher Torte or Apfelstrudel. These are all great.

What I recommend avoiding is the Wiener Burger in Hard Rock Café. You know, I usually eat in HRC everywhere, because it’s a guarantee of quality, and also because I collect the glasses. But in Vienna, it was my worst dining experience. What they call a Wiener Burger is basically a meatloaf in a bun. And trust me, you don’t want that.

Don’t go to Austria in the summer months. Well, at least if you don’t like to get wet. We were there in summer, and it rained for half of our stay. But then again, it was a weak due diligence on our part. Anyway, Austria is a great vacation destination throughout the whole year, you just have to know what to expect. For hikes and trips to the countryside, I would recommend June or September. It’s not so rainy and the sights are still open and less crowded.

4. Austria is more expensive than USA

Be prepared, Austria is not one of the countries which go easy on your savings. Austria has been repeatedly listed in the statistics of the most expensive countries to visit. According to Business Insider, Austria is number 10, ahead of Germany, Hong Kong, or even Iceland. The average cost for a hotel room for two is around 110 EUR (93.50 GBP / 127 USD). The goods and services are approximately 10% more expensive than in the US, and the average price for lunch in inexpensive restaurants is 18 EUR (15.30 GBP / 20 USD). And the admissions to museums, castles, and other attractions are also rather high. But we’ve already told you about the discount cards, so that’ll help.

3. Always make a reservation in restaurant

That’s really a golden rule in Austria. Without a reservation, you won’t be seated in most restaurants. Also, in Austria, lunch is the main meal of the day, instead of dinner. It’s often necessary to call, as there are no (or at least no functioning) reservation systems online. But don’t get scared, they speak English everywhere. And another thing, prepare yourself that the restaurants’ interiors are often a bit kitschy.

Tip for tips: Usually 10% and only when you are satisfied with the food and service

2. The best of Austria is outside the big cities

Mostly everyone heading to Austria lands in Vienna. Personally, I don’t find Vienna that interesting. Like, alright, there are some palaces and a Zoo with pandas, that’s fine. But don’t get stuck in the bigger cities. The nature in Austria is awesome, literally. Did you know that the biggest part of the Alps is within Austria? Yep, it’s bigger than on the Italian or French side. And it’s not just about mountains, there are magnificent lakes, huge waterfalls and caves to explore.

1. Go to Austria for the best hikes

Talking about nature, Austria has probably the best hike trails in our experience. It should definitely be number one in the Austria travel guides. Everyone who has ever seen The Sound of Music must go there at least once in a lifetime. There are plenty of options across the whole country. Look for the trails of your selected destination at komoot.com. In Austria they are more into that than alltrails.com, so you have a better chance to plan your trip according to it. I can personally recommend Grossglockner and Dachstein among others. 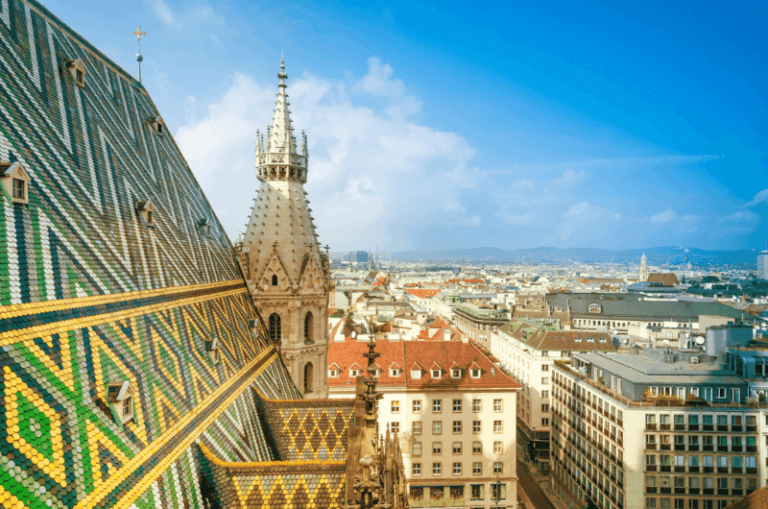 9 Unusual Things to do in Vienna: Where the Guidebooks Won’t Take You

Though it’s known for its thriving art scene, opera houses, museums, and palaces, the magnificent city of Vienna can be a bit of a bore.

Best 10 Things to Do in Zell am See in Summer + Hotels, Maps, and Tips

Forget about Vienna! Zell am See-Kaprun is the must-visit location in Austria. Lovely region ideal for summer vacation as well as winter hideaway. My personal tops? 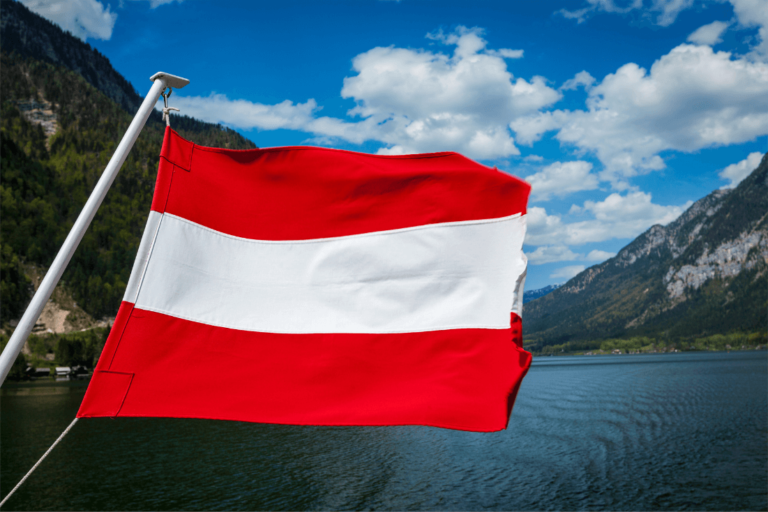 Austria has wonderful nature, but some of the cities are also worth visiting. More or less. Here is an overview of the best cities in Austria 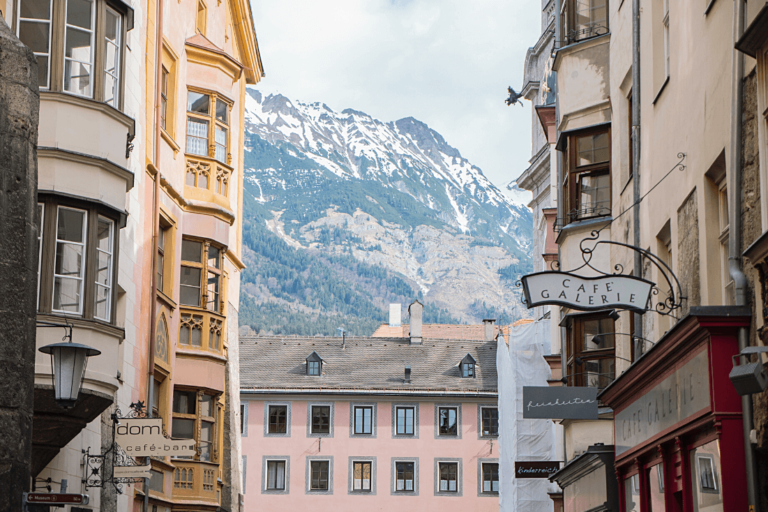 Best 10 Places to See in Innsbruck: Medieval, Morbid and Modern

You know I have a difficult taste, but I loved our stay in Innsbruck and exploring the surroundings. And you will too. The impeccable nature